by kevin1956murray
Below is the relatively quick response I got from submitting Monday's discovery that the "post pause" rate went back to 3kW when the other cord became available. I plan to hit them up in another week or two to check on status. Given that this has been a reported problem since January, I doubt there is any reportable progress in the last several days.

Monkey's on my back to schedule this in - probably week after next. In the meantime, I'll see if I can verify that 36%SoC triggers the 'timeout' in my car.

by kevin1956murray
I look forward to finding out what the pilot signal does during a pause. I appreciate that help.

by JoeS
Well, in preparation for going down to ChargePoint I thought I'd verify the 36% point at which the 'timeout' occurs.

As an aside, I have such a 'timeout' feature on one of my West Marine lead-acid chargers (after about two minutes into a charging session it stops charging and checks for excessive voltage sag before continuing with the charging cycle) , but have not heard of it on any other BEV.

by JoeS
Yet another data point. My car's battery capacity is reading 38.7Ah on CaniOn.

Came back this morning with seven bars. Plugged into 240vac as I needed to go to a meeting early this afternoon. Set Remote for 1-1/2 hours. Charged to 12 bars and 74.5%. Checking my home monitor I see that a six-minute 'timeout' registered fifteen minutes before the car stopped charging, which means it did a 'timeout' somewhere around 65%-70% SoC. 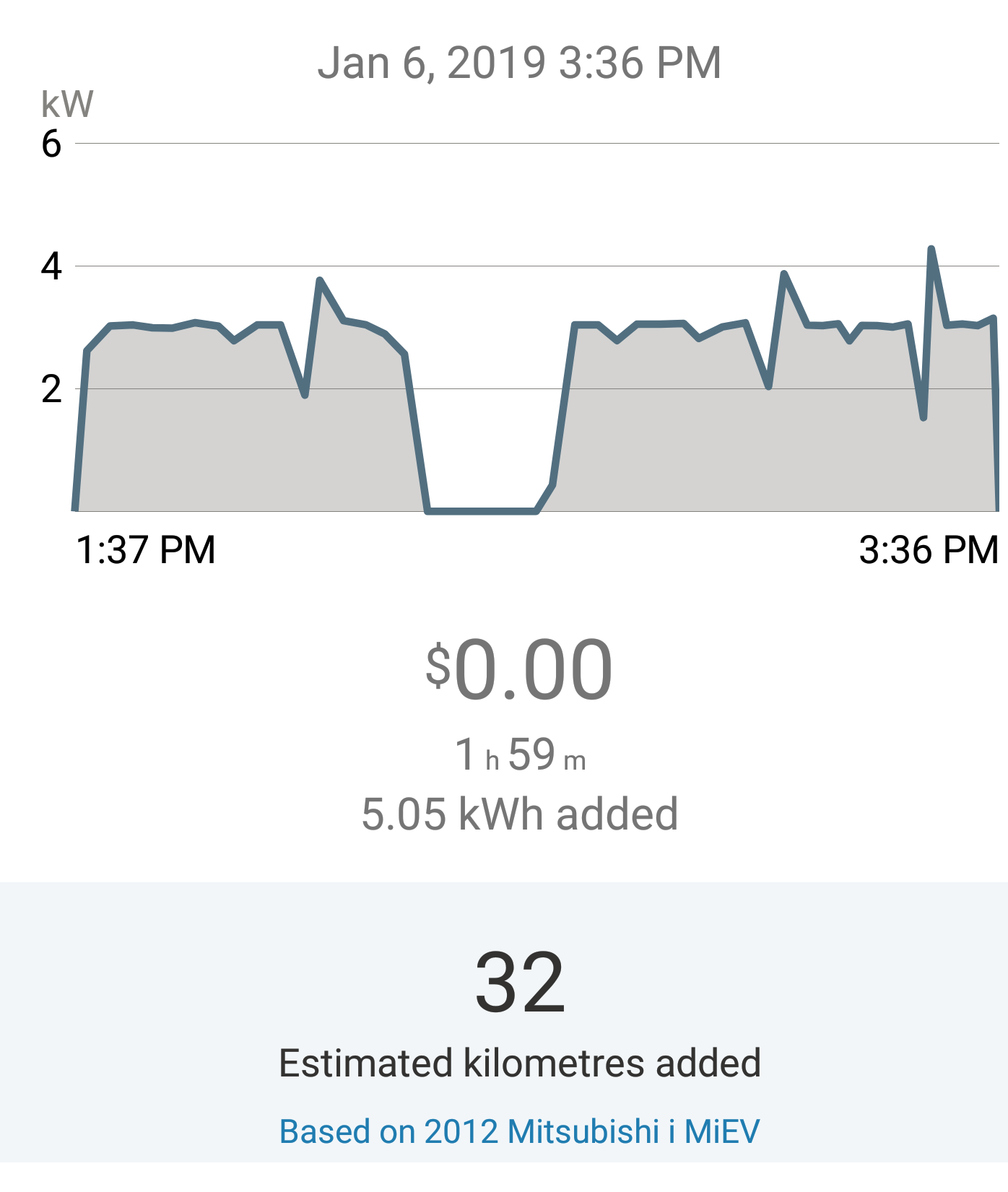 by JoeS
ChrisEV, thanks for that information. So, that timeout does not necessarily correlate to SoC. I will continue monitoring my charging a little more closely, as another variable to look at is the point at which timeout starts after charging commences.

by JoeS
So, this morning I met my friend at ChargePoint to do some testing.

I'll take him up on it in the near future as we'll continue pursuing this elusive critter (bug).

by kevin1956murray
Thanks for that experiment. But kind of disappointing that the bug of slow charging did not show up.