Normally I use around 3kwh according to canion - But i was surprised to se my wall out metering showing a round 5kwh used to charge up again. 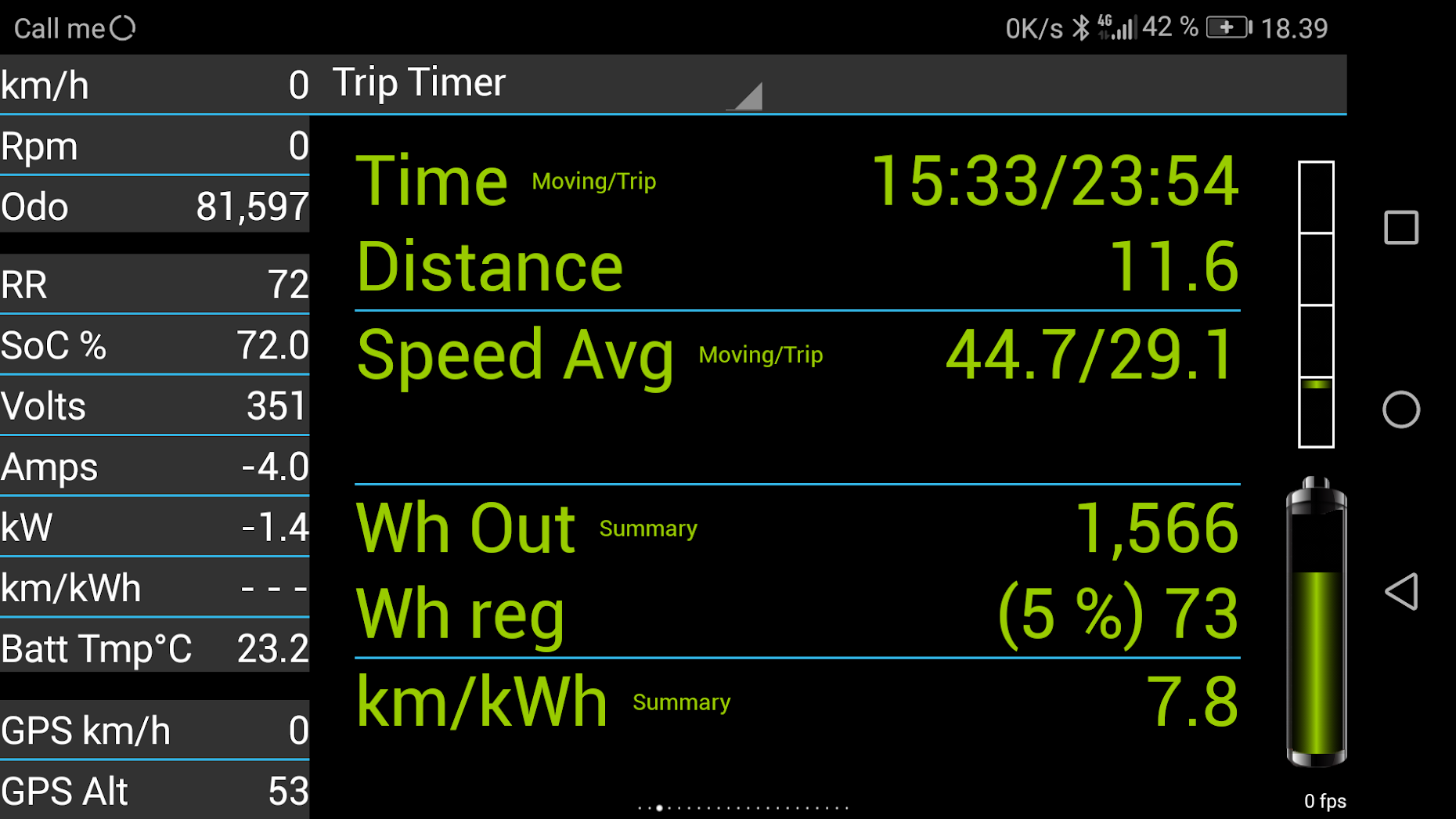 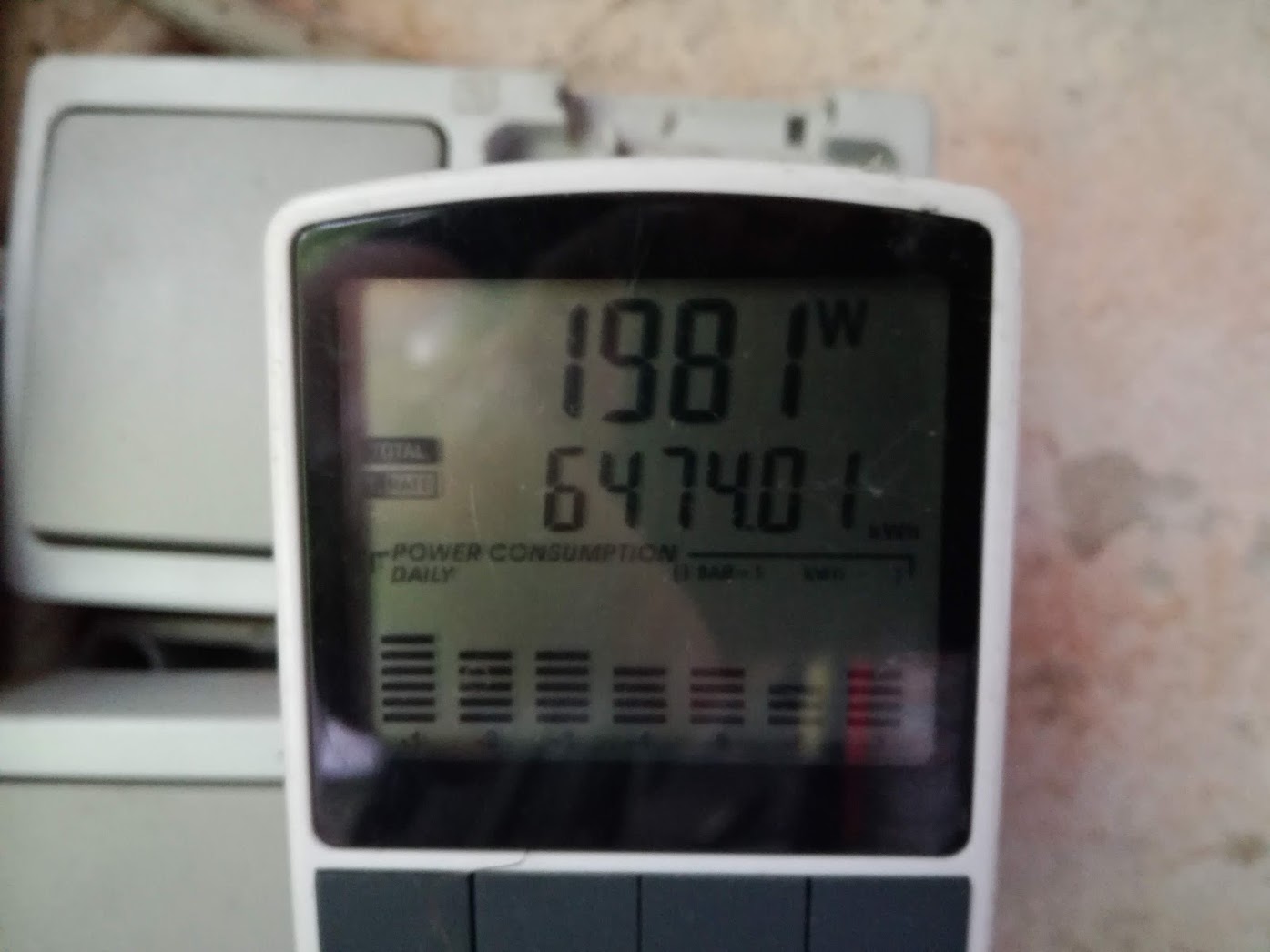 My guess is you are looking at KW to the wall versus KW stored by the battery. There are losses at every step in the system. One of the least efficient parts is topping off the battery cells. It would be more efficient to do more trips between charges. If you can't do 3 trips without charging do a short charge after the second trip and then a complete charge after the third trip.

You didn't say what level of charging you are using, higher supply voltage reduces losses.

Here is a chart from a State of Vermont study on charging efficiency https://www.veic.org/docs/Transportatio ... Report.pdf shows 70% efficiency is reasonable for the charge you described.
2012 iMiEV
Pine Mountain, Georgia

deemsh, thank you posting that Vermont study. Interesting what taxpayer $$ get used for.

The study quickly realized that EVSE efficiency is meaningless and I'm surprised that they even assigned a number to it as the EVSE overhead power consumption of (my estimate) less than 10W is pretty insignificant when compared to the car's consumption. 10W/3kW = 0.3% (but this number can climb when less power is being drawn).

Level 1 is more inefficient than Level 2 for two reasons:

1. The car's overhead power consumption whenever charging is in progress

2. The very slight difference in the percentage that the voltage drop over the charger diodes is relative to the input voltage level of 120vac compared to 240vac.

For the i-MiEV, I had always assumed that the overhead power consumption is constant, as the cycling of our charger liquid cooling pump seems to be timed rather than controlled by a thermostat; however, this study used the Chevy Volt which has liquid battery heating/cooling as well and I would suspect that is controlled by various thermal sensors so it stands to reason there would be significant variation in charging kWh due to temperature.

All this brings me to discussing variations due to frequency of charging . I don't think this applies to the i-MiEV as long as we don't charge to 100%. What I'm saying is that charging our i-MiEV three times for an hour is the same as charging once for three hours, IF we stop short of going into the balancing portion at the end of charging.

The photo of the i-MiEV power consumption when charging shows 1981W. 1981W is too high for NA-standard 120vac. Assuming a maximum current draw by the i-MiEV OBC of 14A, this would mean a supply voltage of around 142 vac. If the voltage is 240vac, this would mean the EVSE is dialed down to a little over 8A.

Thus, repeating deemsh's question: what is the ac charging voltage?

There are three factors at play here, mostly discussed already:

1) The onboard charger in these cars is only about 80% efficient at best, and that's in Level 2 mode, Level 1 is probably worse. So if you consume 10kWh driving it would take 12.5kWh measured at the wall to charge it up again.

2) Cell balancing wastes energy. Cell balancing only occurs above around 80-85% SoC, so if you remain between 80-100% SoC most of the time by doing short trips and then fully charging again your cell balancing overheads will be a lot more than if you discharged the car much lower before recharging. (Also staying above 80% reduces regenerative braking effectiveness so will reduce your miles/kWh performance as well, although that is a separate issue)

3) Canion does not measure the Current/kWh consumed from the battery very accurately unfortunately.

The BMS combines the output of the two sensors for its own uses unfortunately Canion only reads the high amps sensor which means it is quite inaccurate at low current/power levels. On my particular car the high amps sensor (thus Canion) reports a discharge of 0.7 amps even when there is no actual current flow. So if you spend a lot of time stationary or moving slowly during a drive the kWh consumed or regenerated can have quite significant errors.

This error is easy to measure - simply turn the key to the ON position but do not put the car into READY mode, then launch Canion. In this condition the contactors will be open circuit and thus the true current of the battery pack will be exactly zero amps, however the BMS will still report the measured current from the high amps sensor - on my car about 0.7 amps, but I suspect this will vary from one car to another.

As a result, Canion consistently over-estimates discharge current and under-estimates charging/regenerating current, this throws out any comparisons of kWh consumed vs kWh charged since there is a constant offset in the reading that biases it towards (in my car) discharging.

To solve this issue the Canion devs would either need to make use of the low amps sensor data for low current measurement, or provide a way to calibrate the zero offset of the high amps sensor for the individual car - which would actually be quite easy as it could be sampled while the car was on but not in ready mode as a one time calibration, and then saved as an offset to use in the future for the car with that VIN number.

Due to this limitation of Canion the results provided cannot be considered to be absolutely accurate.

EDIT: It also looks like meier might be confusing kW with kWh, rendering the whole thread moot.

The screenshot of Canion shows 1566Wh (1.566kWh) consumed, however the picture of the energy meter shows an instantaneous charging rate of 1981 Watts. (1.981 kW) I have a meter very similar to to this which shows instantaneous Watts on the top line and cumulative kWh on the second line, and you'll notice the first line says W not Wh, so it is definitely Watts.

Watts is a measure of instantaneous power, Watt hours is a measure of total energy. kWh on the meter is the bottom figure which says 6474kWh which apparently hasn't been zeroed for quite a while.

Don't confuse Watts with Watt Hours. They're not the same thing at all.
- Simon