A guy on a FB forum suggests the placement of a flat magnet on the AC plug will make a level 1 EVSE put 14A into the car instead of 8A. I searched on here but only found one reference to this but no details. Can anyone confirm this? Thank you.
In an insane society a sane man would appear insane.
Acquired 2012 silver ES April 2017.

thomash85715 wrote:A guy on a FB forum suggests the placement of a flat magnet on the AC plug will make a level 1 EVSE put 14A into the car instead of 8A.

I have this Yazaki charger.
He have 8A without magnet and 14A with magnet.
But this is a special charger with magnet sensor in AC plug. 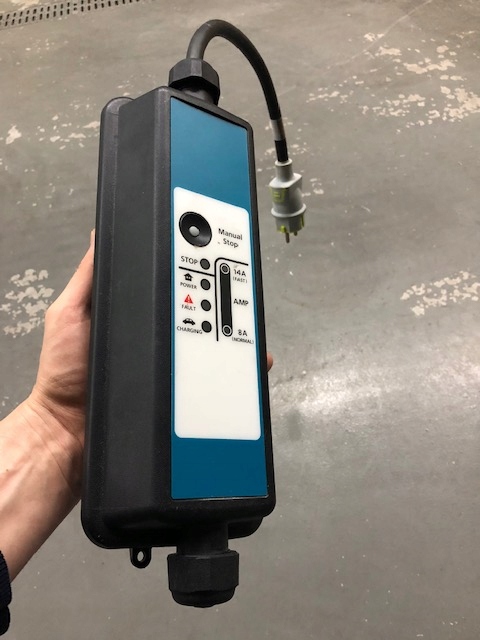 Do you have a model or part number for that device? Maybe we can find a datasheet or info on the magnet feature.
kiev = kenny's innovative electric vehicle

It's a Yazaki indeed - i don't know if that came with the car. 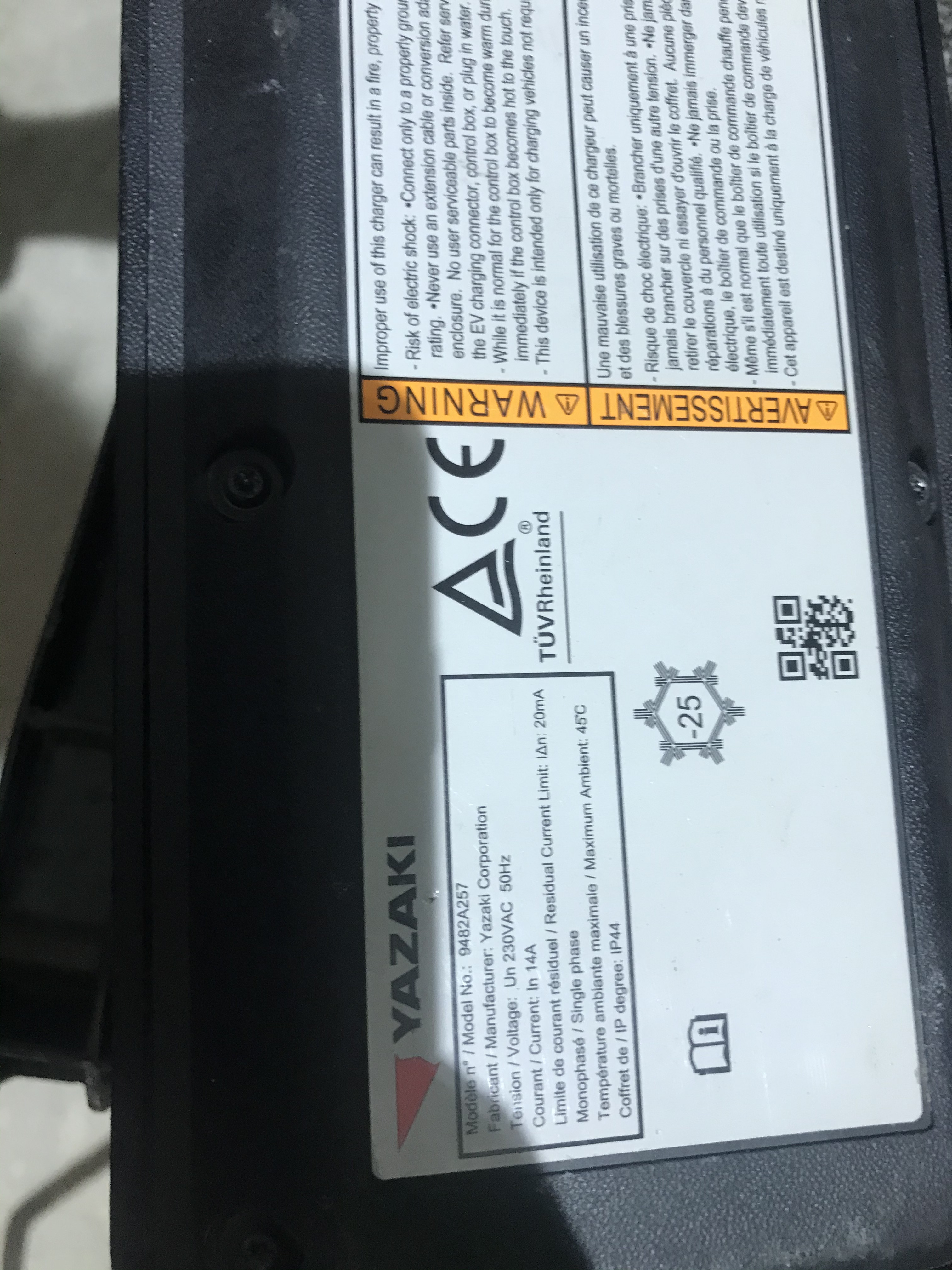 Have you found a way to charge at 14amp?

The Tesla Mobile Connector which comes with every car they sell is the neatest thing since sliced bread - I wish every EV manufacturer had the foresight to come up with something similar, rather than just giving us the nearly useless 120 volt Level 1 EVSE which they usually have preset at 8 or 10 or 12 amps and they won't do anything else

I bought a brand new one on eBay from a fool who had just bought a new Model 3 and he just knew he's never need it, so he sold it to me for $200. As you can see, they usually bring much more

The beauty of this thing is, it can charge the car from a 120 volt outlet at either 12 or 16 amps and from a 240 volt outlet at 16 or 24 or 32 amps, all without any modifications. Elon's 'secret' is the pigtail that you insert into the EVSE which matches the socket you intend to plug it into - The pigtail sets the current limit for the EVSE so it never exceeds what the outlet can supply

True, you need s 'Tesla-Tap' adapter to be able to use it on any J-1772 equipped car, but I needed one of those anyway to be able to take advantage of the Tesla Destination Chargers at motels, restaurants and malls, most of which are free to use - You plug in and recharge at up to 16Kw with most of them. My new VW can only use 48 amps, or about 11Kw, but since that's as fast as it can go and most Destination Chargers will supply that or more, a Tesla-Tap is a very handy device to carry with you. And now with my Tesla Mobile connector, I can plug into most any outlet anywhere and charge, often quite quickly at up to 32 amps

Yes. Just put some magnet on AC connector. After connect to 230V will light 14A.
Put magnet on arrow, or another side. I dont remember. This charger burn. I was order cheap charger from aliexpress. Working better like this charger.
Dont use too much powerfull magnet. He will destroy sensor in charger. 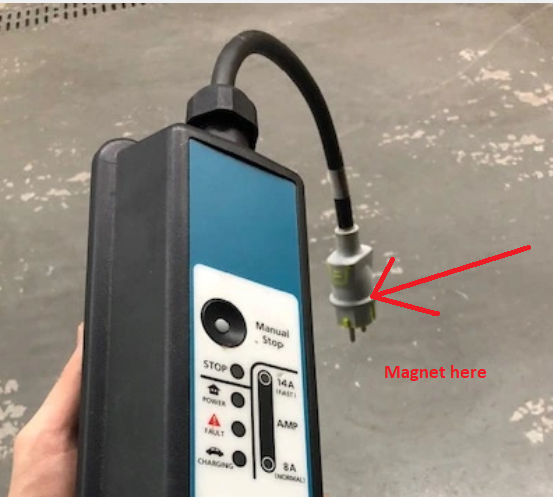