Yesterday Mitsubishi and Nissan signed a deal that would see Mitsubishi getting Nissan’s Infiniti M and re-badging it for the Japanese market (but according to Mitsubishi, it’s not going overseas). 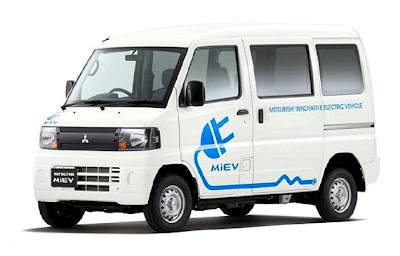 Although the vehicle is only available in Japan, Mitsubishi began taking orders for it’s Minicab version of the Mitsubishi i-Miev on April 1, 2011. Mitsubishi is planning to have it hit showroom floors in late 2011.

This entry was posted in Uncategorized. Bookmark the permalink.